Alzheimer’s disease is the most common cause of progressive dementia in older adults, but there are a number of causes of dementia. Depending on the cause, some dementia symptoms can be reversed.

The most common causes of dementia include:

Types of dementias that progress and aren’t reversible include:

Although the cause of Alzheimer’s disease isn’t known, plaques and tangles are often found in the brains of people with Alzheimer’s. Plaques are clumps of a protein called beta-amyloid, and tangles are fibrous tangles made up of tau protein.

Certain genetic factors might make it more likely that people will develop Alzheimer’s.

Depending on the part of the brain that’s injured, this condition can cause dementia signs and symptoms, such as depression, explosiveness, memory loss, uncoordinated movement and impaired speech, as well as slow movement, tremors, and rigidity (parkinsonism). Symptoms might not appear until years after the trauma.

Diagnosing dementia and determining what type it is can be challenging. A diagnosis of dementia requires that at least two core mental functions be impaired enough to interfere with daily living. They are the memory, language skills, ability to focus and pay attention, ability to reason and problem-solve, and visual perception.

Your psychiatrist in Pitampura, Rohini, Shalimar Bagh, Delhi will review your medical history and symptoms and conduct a physical examination. He or she will likely ask someone close to you about your symptoms, as well.

No single test can diagnose dementia, so psychiatrist in Delhi are likely to run a number of tests that can help pinpoint the problem.

Best psychiatrist in Delhi will evaluate your thinking (cognitive) function. A number of tests measure thinking skills such as memory, orientation, reasoning and judgment, language skills, and attention.

Simple blood tests can detect physical problems that can affect brain function, such as vitamin B-12 deficiency or an underactive thyroid gland. Sometimes the spinal fluid is examined for infection, inflammation or markers of some degenerative diseases.

A mental health professional can determine whether depression or another mental health condition is contributing to your symptoms.

Most types of dementia can’t be cured, but there are ways to manage your symptoms.

The following are used to temporarily improve dementia symptoms.

Although primarily used to treat Alzheimer’s disease, these medications might also be prescribed for other dementias, including vascular dementia, Parkinson’s disease dementia, and Lewy body dementia.

Side effects can include nausea, vomiting, and diarrhea.

A common side effect of memantine is dizziness.

Several dementia symptoms and behavior problems might be treated initially using nondrug approaches, such as:

Dementia symptoms and behavior problems will progress over time. Caregivers might try the following suggestions:

Some research also shows physical activity might slow the progression of impaired thinking in people with Alzheimer’s disease. And it can lessen symptoms of depression.

Limiting caffeine, discouraging napping and offering opportunities for exercise during the day might ease nighttime restlessness.

Several dietary supplements, herbal remedies, and therapies have been studied for people with dementia. Some may be beneficial.

Use caution when considering taking dietary supplements, vitamins or herbal remedies, especially if you’re taking other medications. These remedies aren’t regulated, and claims about their benefits aren’t always based on scientific research.

Some alternative medicines for Alzheimer’s disease and other forms of dementia that have been studied include:

The following techniques may help reduce agitation and promote relaxation in people with dementia. 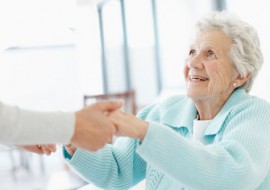