Bipolar disorder, with its extreme mood swings from depression to mania, used to be called manic-depressive disorder. Bipolar disorder causes extreme shifts in mood. People who have it may spend weeks feeling like they’re on top of the world before plunging into a deep depression. The length of each high and low varies greatly from person to person.

Top psychiatrist in Delhi explains bipolar disorder as a very serious problem and can cause risky behavior, even suicidal tendencies, and can be treated with therapy and medication.

There are four basic types of bipolar disorder; all of them involve clear changes in mood, energy, and activity levels. These moods range from periods of extremely “up,” elated, and energized behavior (known as manic episodes) to very sad, “down,” or hopeless periods (known as depressive episodes). Less severe manic periods are known as hypomanic episodes.

People with bipolar disorder experience periods of unusually intense emotion, changes in sleep patterns and activity levels, and unusual behaviors. These distinct periods are called “mood episodes.” Mood episodes are drastically different from the moods and behaviors that are typical for the person. Extreme changes in energy, activity, and sleep go along with mood episodes.

Bipolar disorder can be present even when mood swings are less extreme. For example, some people with bipolar disorder experience hypomania, a less severe form of mania. During a hypomanic episode, an individual may feel very good, be highly productive, and function well. The person may not feel that anything is wrong, but family and friends may recognize the mood swings and/or changes in activity levels as a possible bipolar disorder. Without proper treatment, people with hypomania may develop severe mania or depression.

Bipolar Disorder and Other Illnesses

Psychosis: Sometimes, a person with severe episodes of mania or depression also has psychotic symptoms, such as hallucinations or delusions. The psychotic symptoms tend to match the person’s extreme mood. For example:

As a result, people with bipolar disorder who also have psychotic symptoms are sometimes misdiagnosed with schizophrenia.

Substance Abuse: People with bipolar disorder may also misuse alcohol or drugs, have relationship problems, or perform poorly in school or at work. Family, friends, and people experiencing symptoms may not recognize these problems as signs of a major mental illness such as bipolar disorder.

Scientists are studying the possible causes of bipolar disorder. Most agree that there is no single cause. Instead, it is likely that many factors contribute to the illness or increase risk.

Brain Structure and Functioning: Some studies show how the brains of people with bipolar disorder may differ from the brains of healthy people or people with other mental disorders. Learning more about these differences, along with new information from genetic studies, helps scientists better understand bipolar disorder and predict which types of treatment will work most effectively.

Treatment helps many people—even those with the most severe forms of bipolar disorder—gain better control of their mood swings and other bipolar symptoms. An effective treatment plan usually includes a combination of medication and psychotherapy (also called “talk therapy”). Bipolar disorder is a lifelong illness. Episodes of mania and depression typically come back over time. Between episodes, many people with bipolar disorder are free of mood changes, but some people may have lingering symptoms. Long-term, continuous treatment helps to control these symptoms.

Different types of medications can help control symptoms of bipolar disorder. An individual may need to try several different medications before finding ones that work best.

Anyone taking a medication should:

Electroconvulsive Therapy (ECT): ECT can provide relief for people with severe bipolar disorder who have not been able to recover with other treatments. Sometimes ECT is used for bipolar symptoms when other medical conditions, including pregnancy, make taking medications too risky. ECT may cause some short-term side effects, including confusion, disorientation, and memory loss. People with bipolar disorder should discuss possible benefits and risks of ECT with a qualified health professional.

Sleep Medications: People with bipolar disorder who have trouble sleeping usually find that treatment is helpful. However, if sleeplessness does not improve, a doctor may suggest a change in medications. If the problem continues, the doctor may prescribe sedatives or other sleep medications.

Keeping a Life Chart: Even with proper treatment, mood changes can occur. Treatment is more effective when a client and doctor work closely together and talk openly about concerns and choices. Keeping a life chart that records daily mood symptoms, treatments, sleep patterns, and life events can help clients and doctors track and treat bipolar disorder most effectively.

Psychiatrist in West Delhi, Dr. Prashant Goyal has a specialized clinic for treatment of such patient at Vikas Puri. 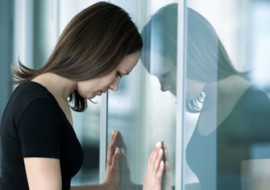